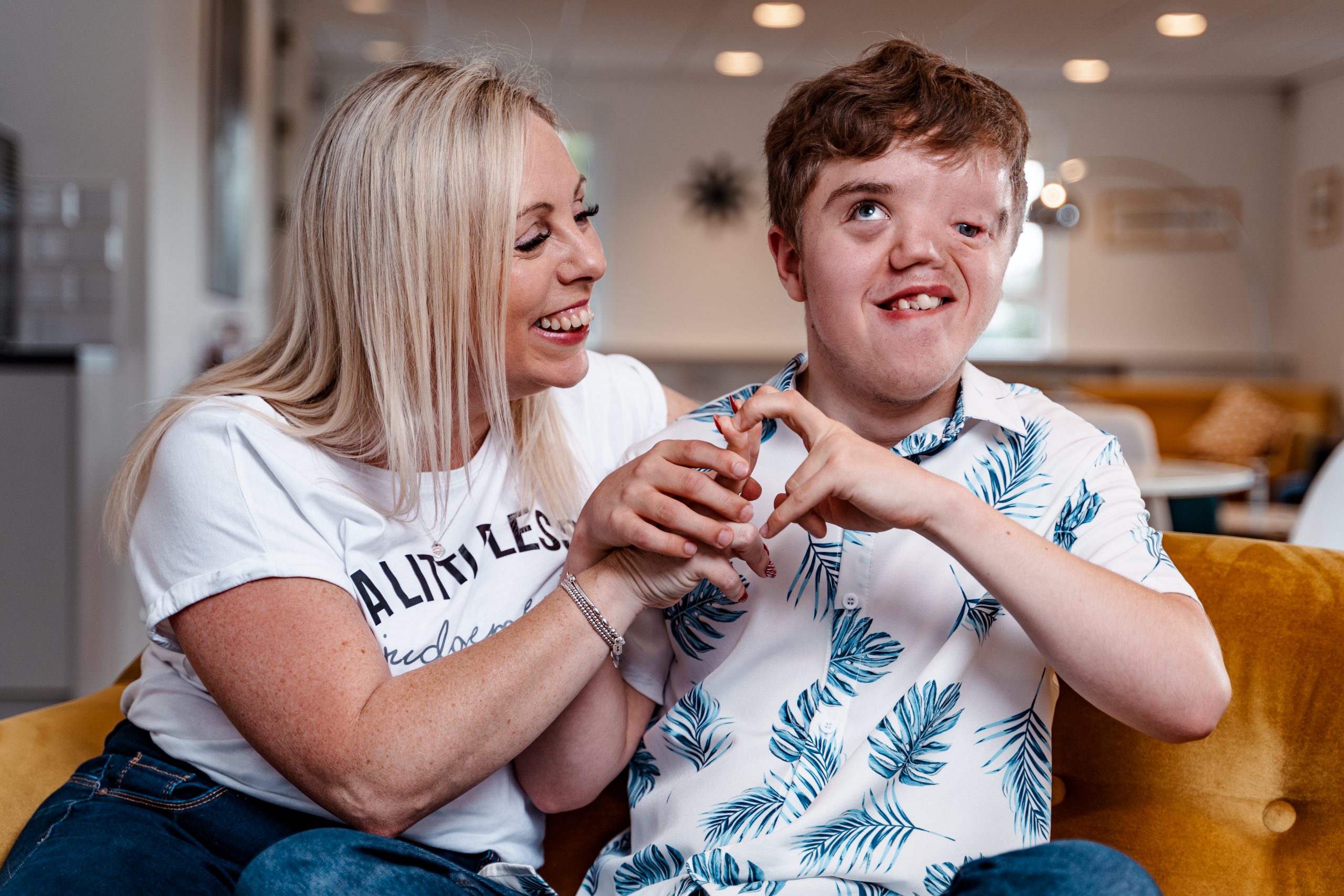 Like many mothers, I had dreamt about the future of my babies before I had even met them. I went into spontaneous labour at 32 weeks and 12 hours later my boys arrived in the world via emergency caesarean section weighing just 3lb 9oz each.  Four hours later we received the news that turned our lives upside down in an instant. Harry had a rare craniofacial condition which, for him, meant that he had no eye or eye socket, no nostril or ear and a short, underdeveloped jaw all on his left-hand side. We were also told that he may never walk and could have brain damage. Thankfully Harry’s mobility was unaffected by his syndrome, but he does have autism and significant learning and communication needs.  This wasn’t the life I would have ever chosen and letting go of the dreams and plans I had for my boys has been a process of time, grief and healing. My marriage to the boy’s dad also broke down, I experienced depression and anxiety and I had to leave my full-time teaching career to become Harry’s main carer (don’t worry, there is a very happy ending!).

Over the course of more than a decade, I have gone from feeling broken, lost, isolated and overwhelmed, to feeling confident, calm and in control (most of the time) of a life I now adore and it’s my mission to help other mums who are where I once was, to realise that an altered life is still an amazing one. 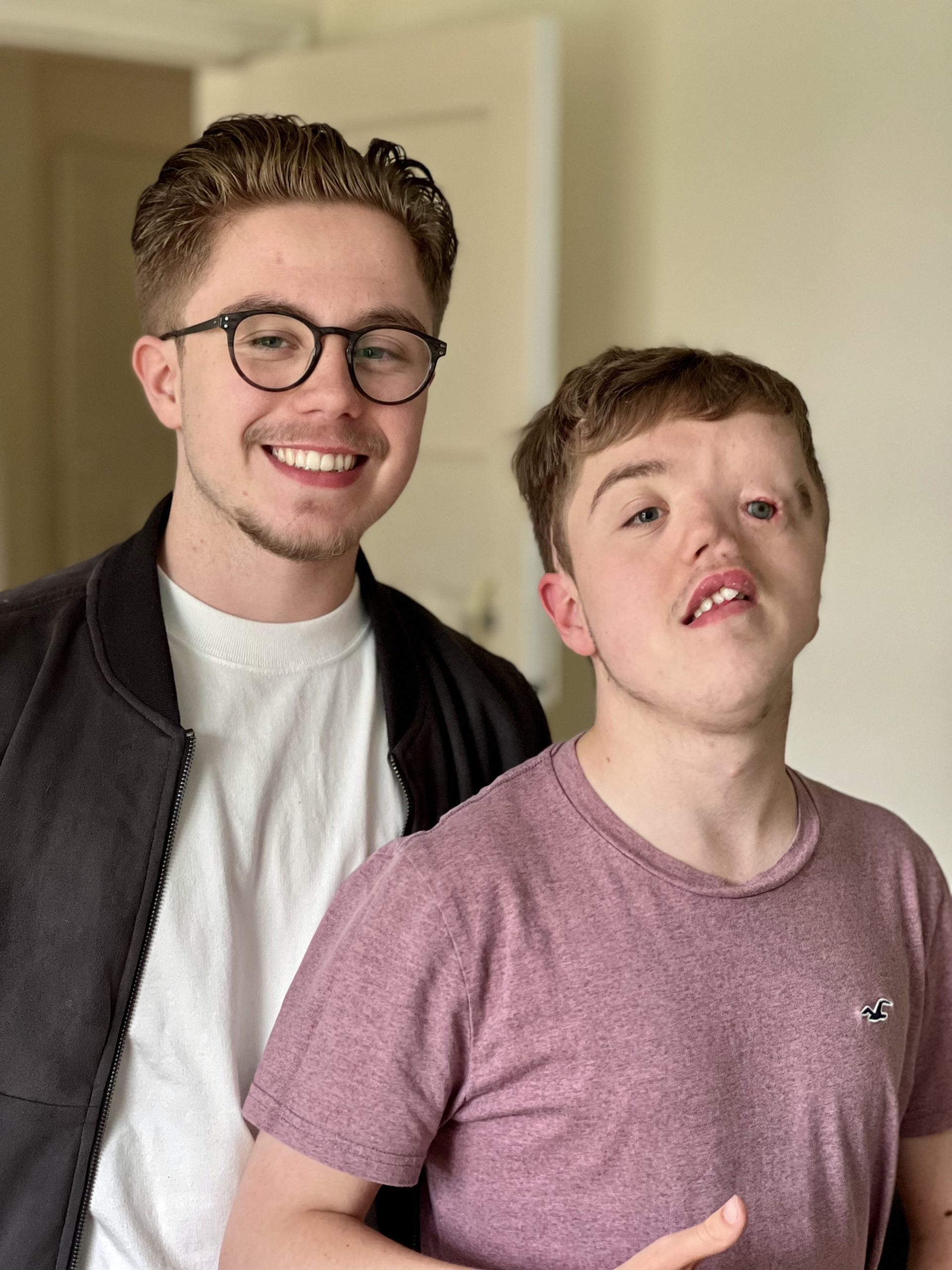 Our Altered Life is an account of our journey, an amazon bestseller and, behind my boys, my greatest achievement in life. It’s helped hundreds of mothers who have felt the shame, sadness, guilt and grief that I experienced but didn’t feel that they could ever voice it. It will make you cry; it will make you laugh out loud but most of all it will make you realise that a life you may never have chosen can still be a fantastic one.
‘Our Altered Life’ is also our social handle on Facebook, Instagram, Twitter and YouTube if you’d like to keep up with the random madness of our lives. 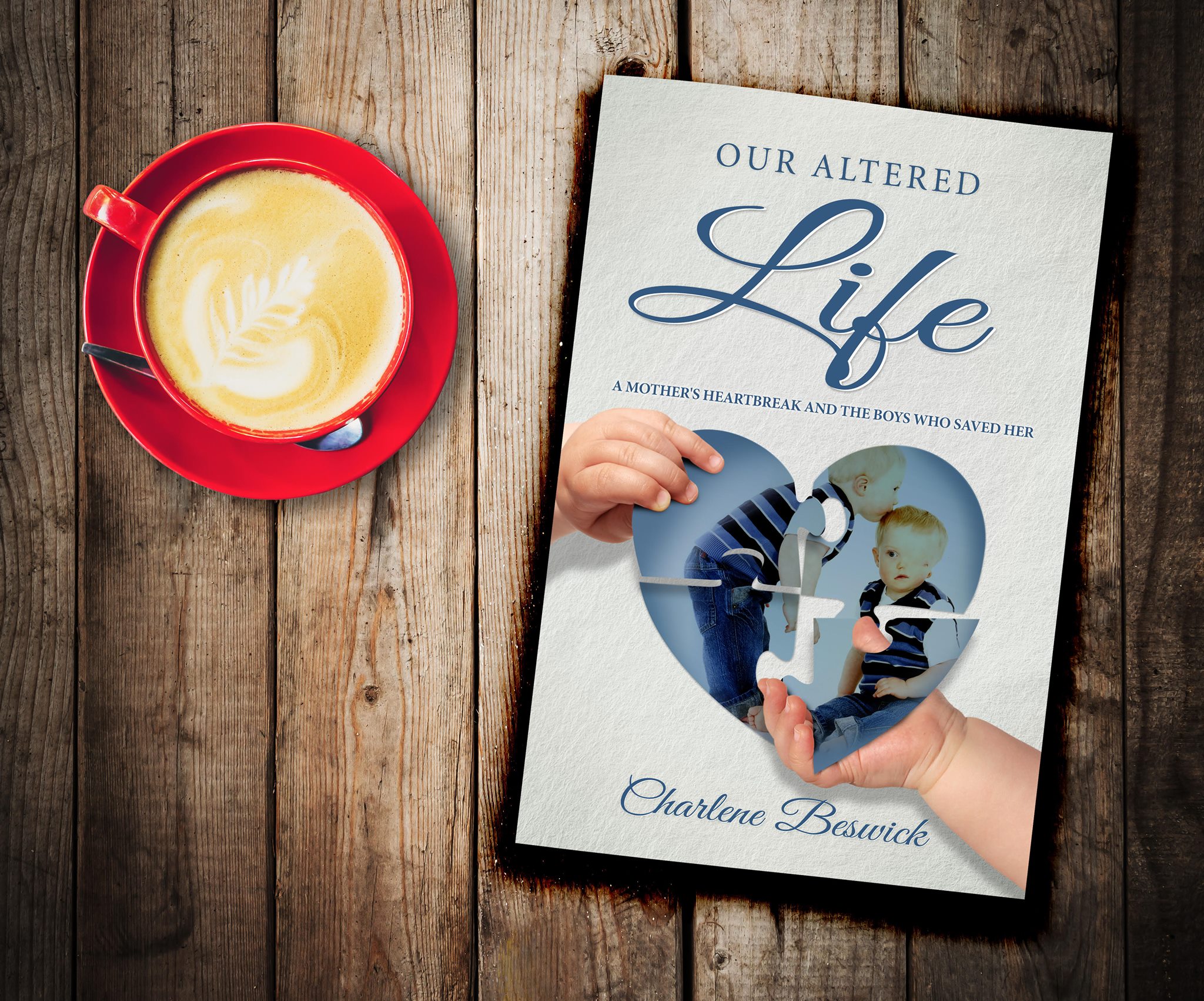 Click here to read reviews and buy your copy.

In 2018, More Than a Face was founded. It is a charity, serving north Staffordshire and south Cheshire aimed to help children and young people to see people for who they are and not just what they look like, to have understanding and to be kinder in an increasingly superficial world which isn’t always very tolerant of differences.
The feedback is always incredible from teachers, students and parents (particularly when their children are full of news about the day and not the usual “I did nothing” response!)
The mission and aims of More Than a Face continue to develop to support those who deserve the same chances that so many others take for granted.

www.ouralteredlife.com contains dozens of blogs spanning the past 5 years and detailing the challenges, emotions and triumphs of life since 2005. Many mums find the blogs interesting, helpful and a real source of comfort.

Get in touch to find out more about how I can support you.

Contact Me
We use cookies on our website to give you the most relevant experience by remembering your preferences and repeat visits. By clicking “Accept All”, you consent to the use of ALL the cookies. However, you may visit "Cookie Settings" to provide a controlled consent.
Cookie SettingsAccept All
Manage consent

This website uses cookies to improve your experience while you navigate through the website. Out of these, the cookies that are categorized as necessary are stored on your browser as they are essential for the working of basic functionalities of the website. We also use third-party cookies that help us analyze and understand how you use this website. These cookies will be stored in your browser only with your consent. You also have the option to opt-out of these cookies. But opting out of some of these cookies may affect your browsing experience.
Necessary Always Enabled
Necessary cookies are absolutely essential for the website to function properly. These cookies ensure basic functionalities and security features of the website, anonymously.
Functional
Functional cookies help to perform certain functionalities like sharing the content of the website on social media platforms, collect feedbacks, and other third-party features.
Performance
Performance cookies are used to understand and analyze the key performance indexes of the website which helps in delivering a better user experience for the visitors.
Analytics
Analytical cookies are used to understand how visitors interact with the website. These cookies help provide information on metrics the number of visitors, bounce rate, traffic source, etc.
Advertisement
Advertisement cookies are used to provide visitors with relevant ads and marketing campaigns. These cookies track visitors across websites and collect information to provide customized ads.
Others
Other uncategorized cookies are those that are being analyzed and have not been classified into a category as yet.
SAVE & ACCEPT